Greetings to all of you and Happy New Year!! Green Drinks has been on a bit of a hiatus, but there are some great things in store for 2011. For the first event this year, I am beyond happy to say, we will welcome actress, author, and film maker Kris Carr! 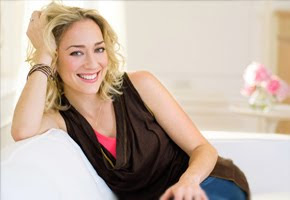 Back in 2003, Kris released her documentary on The Learning Channel: Crazy Sexy Cancer. She was diagnosed with an incureable, inoperable cancer - epithelioid hemangioendothelioma (EHE). It is so rare that only 0.01 percent of the cancer population has it. The cause is unknown. When Kris was diagnosed she was in stage IV. There is no stage V. But instead of sitting back and waiting for her time to run out, she took matters into her own hands and began her journey to wellness.

Since there was no medication or treatment, Kris looked to nutrition and lifestyle for the answers. She began a raw vegan diet, loaded with juicing, wheatgrass, smoothies, and lots & lots of veggies. She meditated, did yoga, swang from the trapeze, danced, jumped on trampolines, met with gurus....and she is still doing all that today, in 2011. almost 8 years later Kris is not only still alive, but she is ROCKIN'! Since the release of her film, her tumors have shrunk, she got married, adopted a rescue dog (Lola), has been on Oprah, worked with Donna Karan's Urban Zen Foundation, 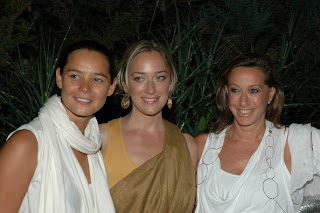 established a website with a super star panel of contributors (AND which won the website launch of the year in 2009 with Vegnews Magazine), and has spoken all over the country inspiring millions. This year she releases her third book, Crazy Sexy Diet: Eat Your Veggies, Ignite Your Spark, and Live Like You Mean It! 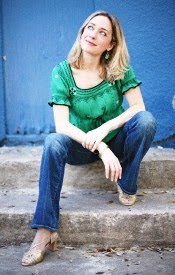 As you can see, this woman is a red hot spark of illumination & awakening. Over the last 5 years or so, I have followed her blogs, read her books, and put her DVD in the hands of countless friends looking for inspiration. Much like Kris, I prefer to not sit back and wait. When the breeze has been taken out of my sails I search for trade winds. A few months back, I was looking to the Kripalu Center for Yoga and Health and the Omega Institute for Holistic Studies for retreats. Along the way, I also looked for speaking events Kris might be holding. That was when I discovered her upcoming release and book tour. Being the literary hot spot that Tulsa has become (thanks to our favorite Tulsan Jeff Martin and his killer line up at Booksmart Tulsa), I figured she would want to make a stop here. A few emails with her publicist later and there you go - Kris Carr's last stop is on February 5th, at 7:30 pm at Whole Foods Tulsa! She'll be speaking about the new book, answering questions, and signing. This is another great partnership with Booksmart Tulsa. Some of our most exciting events have been with this organization, which is making it's indelible mark on our fair state. I encourage you to check out their site and show your support.

Though you may want to run out and buy her book ASAP, Kris is asking that you wait until January 16-22. Those are the (only) dates that count towards getting her onto the best sellers list. So hold your horses, cowgirls and cowboys. Let's help a sister out!
Posted by Amanda Forman at 1:57 PM

Green Drinks across the US

Green Drinks across the Globe