A common misconception of living more sustainably is that it requires sacrifice, or a lessening in our quality of life. However, it can be quite the opposite. Many home goods and products bought off the shelf in today’s big box retail stores are made with little care or concern in regards longevity, quality, or craftsmanship. As it turns out those cheap convenient products don’t last and are themselves the real sacrifice - for your wallet and the planet! There is also the concern of how they were made. Were the workers paid a fair wage? Probably not. What about the conditions of the factory where it was made? Were children a part of the labor force? Were the raw goods sourced from sustainable resources? These are the kind of dilemmas that product designers and manufacturers must (or should) take into consideration when producing goods for the consumer. Stephanie Odegard has addressed them, head on, throughout her life long career as a luxury carpet designer. 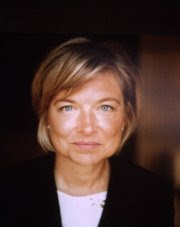 Stephanie spent the early part of her career as a Peace Core Volunteer, working for the World Bank, and the United Nations. She was certain that the best way to improve the standard of living in many of the impoverished countries where she had lived and worked, was to produce high end crafts using highly skilled and better paid workers. In making these, the tradition, heritage, and history of those workers is preserved while improving the local economy.

Her design methods use non toxic vegetable dyes and all products are certified child labor free by RugMark (www.goodweave.com)

In an article in the New York Times, it was noted that "She is the largest American financial supporter of Rugmark, an anti-child-labor organization, to which she gives 1.7 percent of the selling price of her rugs ($60,000 last year) and a third of her time. She contributes at least $100,000 more to initiatives of her own, like building a school in Katmandu." 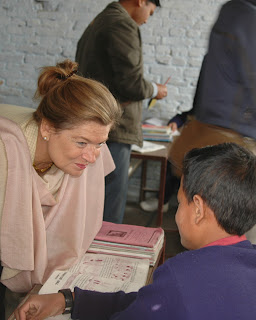 According to that article, at least 50% of the proceeds of her sales back to the factories.

She has been quite successful in using this model - of combining good deeds with good business.

Her carpets can be found in the J. Paul Getty Art Museum in Los Angeles, Restaurant Daniel in New York City, and in the homes of Robert Redford & Christy Turlington. She can be found gracing the pages of Food & Wine Magazine, Interior Design,or the Miami Herald.

As we can see, in a world where the bottom line is #1, it is not only possible, but also profitable to produce high quality goods while preserving cultural traditions, raising the standard of living, and using sustainable practices. 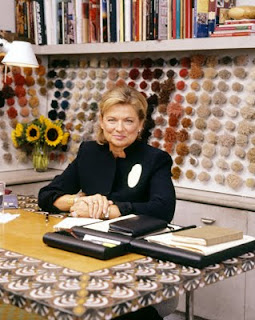 Sustainable Green Country and Green Drinks are honored to have the opportunity to collaborate with Philbrook Museum of Art to host Ms. Odegard. The event will begin at 5:30pm. At 6 pm there will be a vegetable dye identification contest, followed by Stephanie's lecture at 6:30pm. The event is $7.50 for adults, and free to seniors and those under 18.
Green Drinks has been provided with 25 free tickets. If you would like to be a part of the giveaway trivia contest, please send your email to amandakforman@gmail.com to be added to the Green Drinks monthly announcement list.
Posted by Amanda Forman at 9:28 PM

Green Drinks across the US

Green Drinks across the Globe